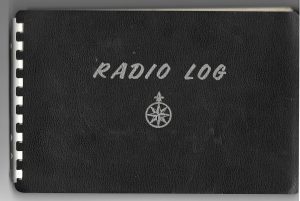 This is the Radio Log that was included in in when Mr. Davenport purchased ARGONAUT in August 1966. There are only three entries in this Radio Log Book that pertain to ARGONAUT when she was named “Five Seasons”. It is rumored that the name “Five Seasons” was derived from the fact that the Sea Hunt TV series ran for four seasons yet Mike Nelsons brave ARGONAUT could carry on for as many seasons as possible after the show ended.

I do not have any documentation or records about ARGONAUT after the TV show ended. The only documentation I have begins in August of 1964. The first entry is dated 4/22/64. The entry states the that a radio frequency check was made. It describes a “Raytheon 41. 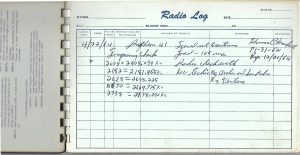 The next entry lists the vessel name as “Five Seasons”. On May 4, 1964, Five Seasons, (ARGONAUT) was en route from Isthmus, Santa Catalina Island to Redondo Beach, California. The entry is made by a gentleman named Richard. 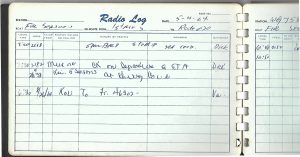 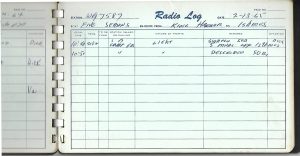 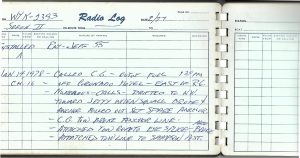