Over all, Sea Hunt ran for four years and 155 episodes were filmed.  The hit TV show featured Ex-Navy Frogman, Mike Nelson and his faithful boat ARGONAUT in a myriad of situations that called for rescue, exploration, discovery, searching, saving, investigating, teaching, supervising, outwitting, aiding, protecting and even scouting. At the end of every episode, Lloyd Bridges as our underwater hero, would deliver a message of  safety and responsibility for SCUBA diving and most importantly, respect for our World Oceans. In every episode he dove deep into the waters allowing us all in on the world he so treasured. Aboard his yacht ARGONAUT, Mike Nelson AKA Lloyd Bridges were welcomed into millions of homes across our nation and by now, around the world. Viewers tuned in every week to share in the duo’s action packed and crime busting sea-going adventures.

To what depths did TV’s Sea Hunt and Mr. Lloyd Bridges as Mike Nelson, influence our lives? That depends on who you ask. We could simply ask the six million active underwater explorers world wide. Even better, according to Google statistics, “There are between 2.7 to 3.5 million active scuba divers in the US with as many as 6 million active scuba divers worldwide. There are about 11 million snorkelers in the US and about 20 million snorkelers worldwide.” Perhaps we could ask them too. 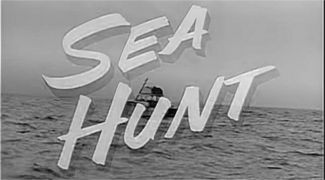