In late 1959 as the third season of filming the popular weekly television show, Sea Hunt was winding down. Preparations for the upcoming fourth season were taking place. Producers and writers had to prepare for their growing audience and their fascination with this new underwater world. Sea Hunt and Mike Nelson welcomed and encouraged the audience to go out and have fun and safe SCUBA adventures of their own. This is exactly what the fans did.

The Producers of the Sea Hunt Television show had decided that they would reintroduce a brand new, state of the art, built precisely for SCUBA Yacht. This brand new Yacht  would serve as Mike Nelsons new “ARGONAUT”. As a way to maintain and keep up with the SCUBA and Marine technology and advancements. The decision to upgrade to a new “ARGONAUT” was made.  It was decided that the TROJAN Boat Company would have the honor of hand crafting a customized 33 foot TROJAN Sea Breeze Express Cruiser to co-star along side her faithful owner, (Mike Nelson). 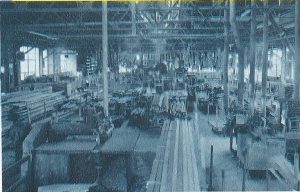 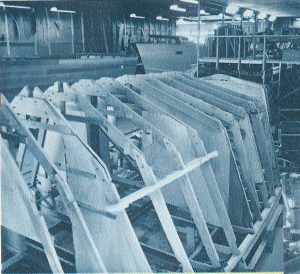 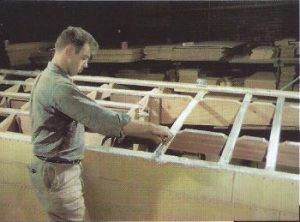 Mr. Lloyd Bridges and Mr. Rod Serling, (creator of “The Twilight Zone”) were very good friends. Mr. Serling had owned TROJAN boats himself and was pleased with their quality, craftsmanship and attention to details. One interesting note is, that It is rumored that Mr. Serling is the person who recommended TROJAN Yachts to Mr. Bridges for the consideration of the new state of the art “ARGONAUT”.

TROJAN Boat Company was located in Lancaster Pennsylvania in early 1960 when they received a phone call from Hollywood, California. The call was placed by a representative on behalf of the “Sea Hunt” Television show Producers. The representative placed a work order for a custom built 33 foot Sea Breeze Express Cruiser. This Cruiser particular was especially requested to have all the optional equipment that could be ordered. A Fly-Bridge was added along with a custom made Mast. Special bench seating on this Fly-Bridge was specially requested. This 12,100 pounds, (with power/tank) of Oak and Mahogany would all be powered by Twin 270hp Crusader Marine Engines with a 200 Gallon gas tank. 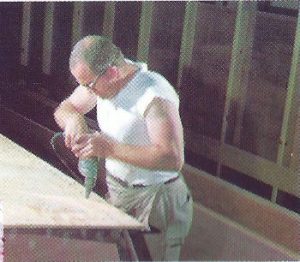 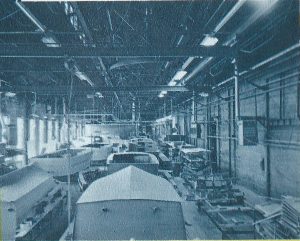 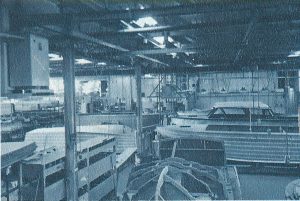 Upon receiving order number 1234-567, TROJAN Boat Company immediately gathered the best and most talented ship writes for this particular build. Throughout the entire process of building this Yacht, It was carefully overseen for quality and craftsmanship as TROJAN Boat Company knew that their reputation for quality and craftsmanship. Only the finest materials were used in her construction. From the 3/4 inch White Oak Ribs and solid Mahogany and Oak Keel. To the 3/4 Inch Mahogany Planks over 1/4 inch Marine Ply-wood. 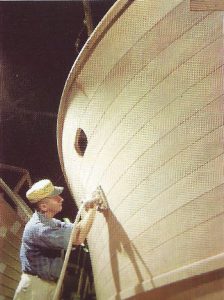 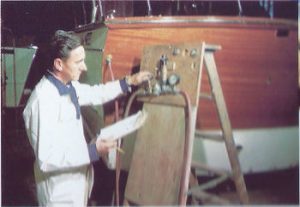 As I marvel closely at the craftsmanship of the factory original materials used in the construction of this famous vessel, I can clearly see why the Amish Ship writes especially from Lancaster Pennsylvania were considered  one of the most respected of their time. Perhaps this is why Mr. Serling and and recommended TROJAN Boat Company.

It took four months to complete the 1960 built and sold as a 1961 TROJAN Express Cruiser was delivered to the set of Sea Hunt. Was ready to add the extra hardware and gear that would be needed as a working Yacht. A Ship to Shore radio and a Raytheon 41 Depth Finder was added. The Ship Radio also had a custom Radio antenna that also would serve as the universal DIVE Flag. A Automatic Pilot was also installed for the Television show. After outfitting the latest “ARGONAUT” with all factory optional equipment and the team of technical experts in both navigation and SCUBA Diving experts, professionals and pioneers. “ARGONAUT would now be ready to star with the worlds underwater hero. 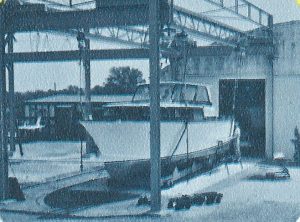 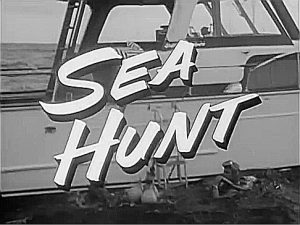 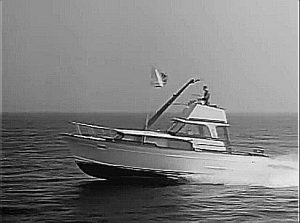 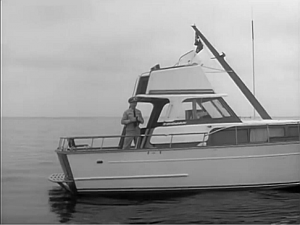 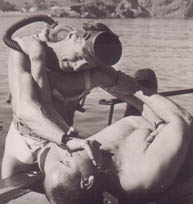 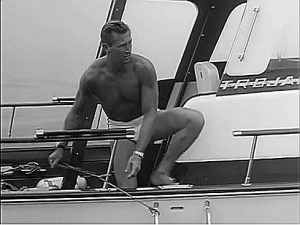 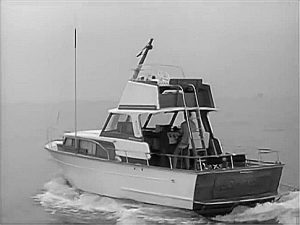 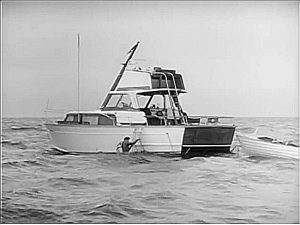 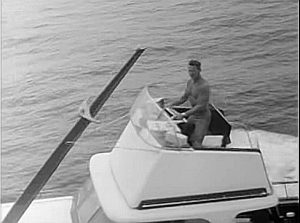 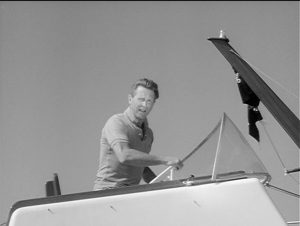 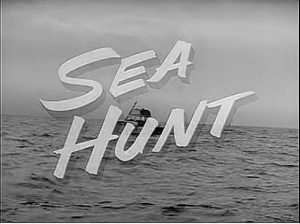